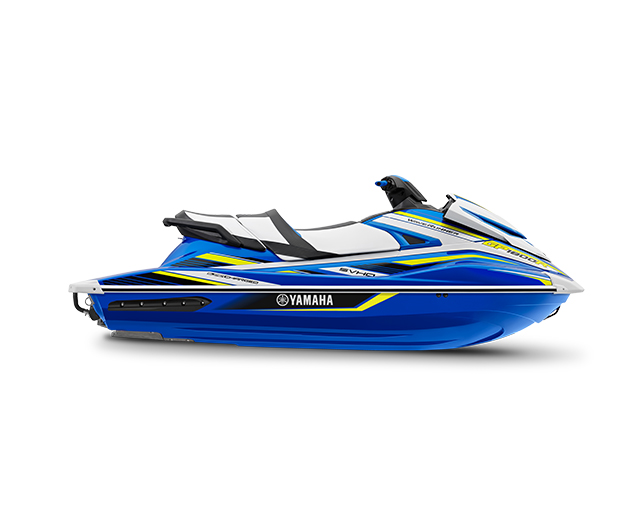 Built for the podium and bred to win, the 2019 GP1800R is back and faster than ever. Since its release in 2017, the Yamaha GP1800 has completely dominated the Australian and World Pro Stock race scene. Pro Stock racing, also known as the 'Manufacturers Class', provides the best comparison of out-of-the-box performance of each manufacturers race ski offerings. From short course to long distance offshore endurance racing, no other watercraft model has achieved as many victories as the GP1800 over the last two years. The results speak for themselves, since its inception, the GP1800 has won: Australian Results 2017 & 2018 Australian Champion Pro Am Stock Closed Course 2017 & 2018 Australian Champion Pro Am Stock Enduro International Results 2017 AquaX World Champion Top 3 Positions 2017 & 2018 P1 AquaX National Tour (USA) Top 3 Positions 2017 & 2018 IJSBA World Finals (Pro Runabout Stock) Top 3 Positions It is not just the race course where the GP1800R dominates. For the first time ever, the industry's most respected personal watercraft publication, The Watercraft Journal, named the GP1800 the Watercraft of the Year for both 2017 & 2018. With significant performance upgrades that include a newly designed race intake grate and ride plate, the 2019 GP1800R is expected to continue its dominance in 2019. Whether it's bragging rights over your mates or chasing podium finishes, the 2019 GP1800R will not disappoint. 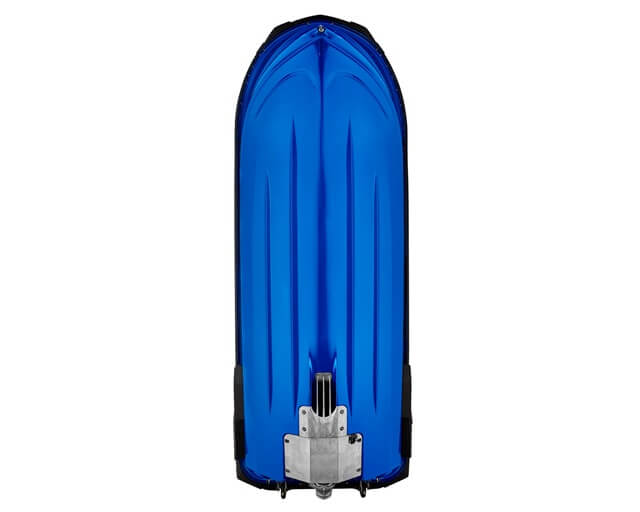 The GP1800R features a new intake grate and ride plate proven to deliver peak performance on the closed course.

All new WaveRunners purchased through an authorised Yamaha dealer comes with our industry leading Two + One Factory Warranty. With the confidence of the industry’s best factory backed warranty behind you, and Yamaha's legendary reliability, you can kick-back and enjoy your time on the water. *Recreational use only.

The multi-function digital display meter provides a wide range of information in a clear and easy-to-read format, including RPMs, speed, gear selection, fuel, hour readouts and running time. For peace-of-mind, the integrated warning functions will alert the rider to any problems.

Yamaha’s patented RiDE™ is the world's first dual throttle handlebar control system, that makes handling easy, fun and intuitive. Pull the right lever to accelerate and the left lever to decelerate and for reverse. Release both levers for neutral. Pull them both, or in any combination, and the system reacts with precise control.

Electronic trim allows the rider to quickly adjust how high or low the bow sits in the water, improving the crafts overall handling and on-water performance. This system can be engaged for improved cornering, towing, carrying multiple passengers and in rough conditions

Roomy and comfortable, the extended rear platform is the ideal place for soaking up the surroundings, getting in and out of the water or simply doing nothing at all. The decking platform is fitted with two-tone Hydro-Turf mats for optimum looks, grip and comfort.

Incorporating Yamaha’s trademark compact and edgy design styling, the integrated mirrors not only look good but aid rider visual awareness and over all safety.

The ergonomically designed reboarding step has been developed to make climbing back on board as easy and safe as possible, and conveniently tucks away when not in use. *International Model Shown

The stowing away of safety equipment and the day’s essentials is easy and convenient with a massive 93.2 litres of storage space. Storage compartments include a front hatch, a glove compartment, two cup holders and a self-contained protective watertight unit under the rear seat.

The strong tow hook allows the craft to securely tow an inflatable tube, wake boarder or skier for additional on-water thrills and spills.

All Yamaha WaveRunners utilise an open loop cooling system, as used by 99% of marine manufacturers. This system is proven to be the most effective, reliable and maintenance free solution for marine environments, which means less maintenance, costs and time off the water.